The exceedingly rare Rolex Reference 6263 “Oyster Albino” Cosmograph Daytona that once belonged to guitar icon Eric Clapton, which I describe in detail here, went up for auction yesterday in Geneva. And it smashed every record for any Rolex watch ever sold at auction, setting a new world record by hammering for the price of more than $1.4 million (including buyer’s premium).

This particular Reference 6263 is one of only four known examples categorized as an Albino. If you know anything about vintage Rolex, then you probably also know that the most sought-after examples – the ones that make collector hearts beat as fast as they can go – are those that have something unusual about them, something that not every Rolex can boast, something that makes them rarer than four-leaf clovers picked by a leprechaun at the end of a rainbow (see another ultra-rare Rolex variant with an interesting nickname here). In this case, it is the silvered dial with the same-color silvered chronograph totalizer subdials (hence the nickname “Albino”). This reference usually sports black chronograph totalizers with white printing.

This “Albino” Reference 6263 was manufactured in 1971 and is powered by manually wound Caliber 727 (which – in case you are a watch nerd like me and need to know this – is based on Valjoux Caliber 72). It is housed in a stainless steel case and comes on a stainless steel bracelet.

Clapton bought this watch in the late 1990s. It was auctioned at Sotheby’s New York sale of June 5, 2003, where it broke the previous world record for a Rolex Cosmograph Daytona by selling for $505,000 (five times its pre-auction estimate). Its pre-auction estimate for this auction was 500,000 to 1,000,000 Swiss francs. 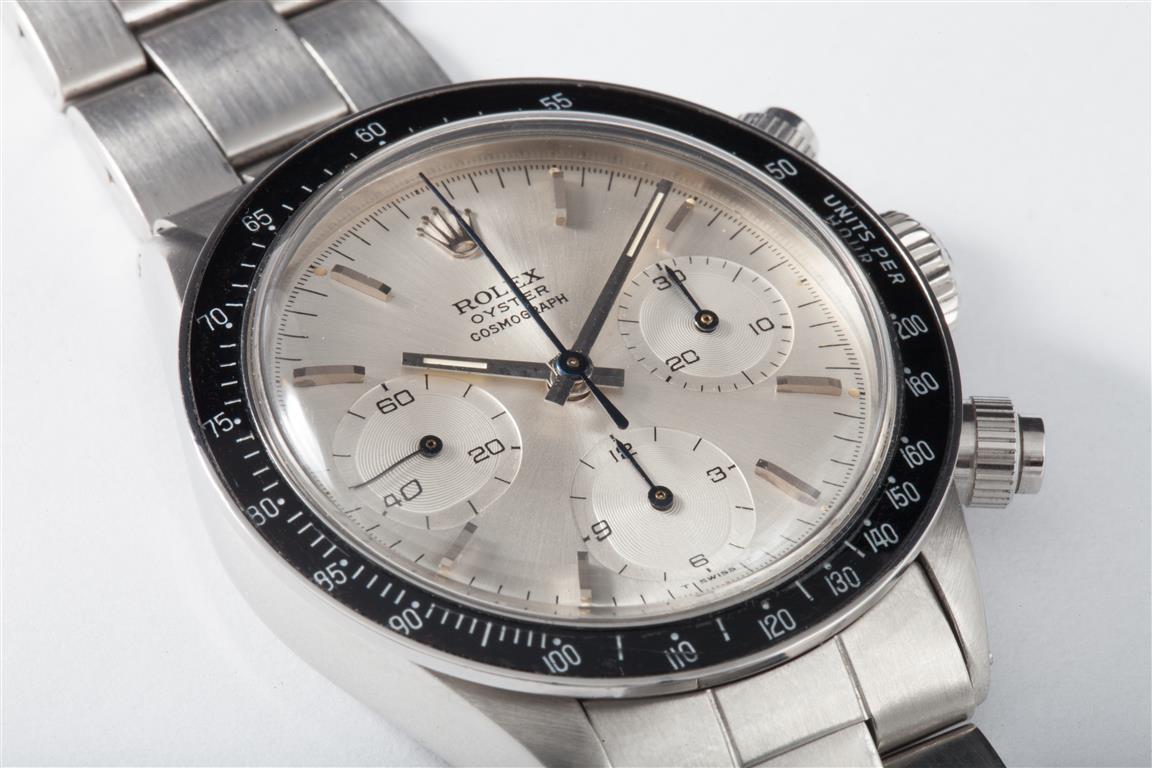 But perhaps even bigger news was what turned out to be the top lot at the same auction: a 1927 Patek Philippe monopusher “doctor’s” chronograph in stainless steel sporting an off-white silvered dial with superb patina. At the auction yesterday, May 10, 2015, after just 21 minutes, it sold to an anonymous bidder on the telephone for $4,987,383 (including buyer’s premium), more than doubling its low estimate and setting a new record price for any stainless steel wristwatch ever sold at auction. This is one of only two examples of this model, both of which were made for a retailer in South America; the other is located in the Patek Philippe Museum in Geneva. To see original photos of these two and other watches sold at this auction, please read Phillip’s Inaugural One Auction Preview Featuring Rolex, Patek Philippe, Blancpain, Longines And More. 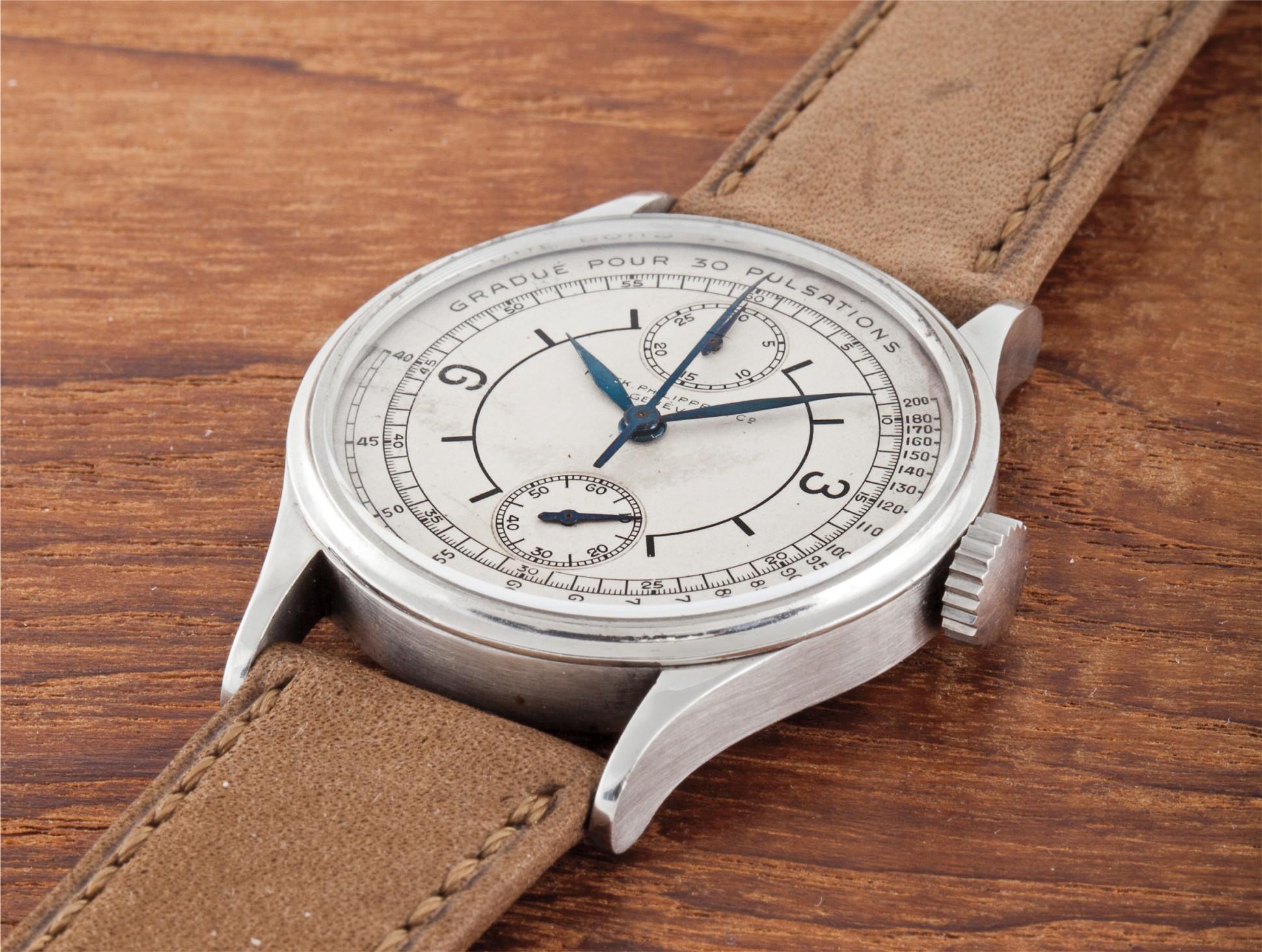 Patek Philippe and Rolex split the top lots between them: six of the ten most expensive watches sold at the Phillips Geneva Watch Auction: One were manufactured by Patek Philippe, while the other four were made by Rolex.

Read the complete article on forbes.com